A relatively easy to grow stem plant. When you receive it, you'll likely have both submerged and emersed growth. The bottom half of the plant may not have many leaves and some browning. That was grown out of water. The top that looks much better will have been grown under water by us. You can trim this plant and get rid of the old emersed growth or simply plant it with that stem in there to give it more height at the back of your aquarium.

***Being a natural product, sizes can vary from what is shown.***

A relatively easy to grow stem plant. When you receive it, you'll likely have both submerged and emersed growth. The bottom half of the plant may not have many leaves and some browning. That was grown out of water. The top that looks much better will have been grown under water by us. You can trim this plant and get rid of the old emersed growth or simply plant it with that stem in there to give it more height at the back of your aquarium.

***Being a natural product, sizes can vary from what is shown.***

Received 6 of the stems with pretty minimal root growth. Put all 6 in Eco-Complete...new tank setup. Many had what looked like soaked leaves (very dark green/wilted) - but I don't really know what I'm doing. I stuck them in the substrate. About a week later, the most wilted one's - their stalks became limp and I took them out. The other 3 are doing okay. Would be awesome if Corey showed how to plant stem, bulb, and other plants on his YouTube channel. I read and tried to find other videos and did the best I could. I'm happy I got half of them to live. I included the photos right after I planted them (not when they turned limp). These were the worst one's. The tallest one (Amazon Sword in background) is hanging on and I consider it a success! Corey seems like a cool dude and I would definitely buy again. Thanks for all your vids/live streams. 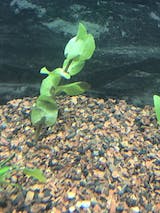 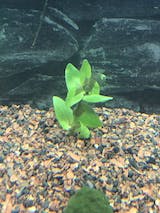 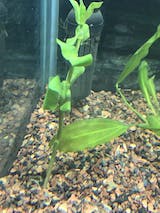 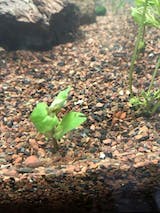 I bought a pot of bacopa roughly three weeks ago and I can't say that I'm too satisfied. With my first pot of bacopa, almost all of the stems were mush and their roots were a soggy, weird smelling goo. But I wasn't too surprised however since the usual shipment time, 2 days (which I am always grateful for), was extended to three instead. I had two remaining stems and they seemed like they were doing fine. I then sent an email, mainly concerning my dwarf sagg. and it's emersed growth, and one of the employees, Candi, was kind enough to send out another shipment of bacopa to me for free; I really appreciated the action. The second shipment of bacopa arrived, took three days once more, but some more stems survived this time. Losing only one with this shipment, I planted them and hoped for the best. After 4 days roughly, a lot of my stems from the second and first shipment slowly began to become transparent and the stems were barely being held on by the remaining fibers of the plant. I tried to wait for some of the stems to finally grow their roots back as they were still being held down by their fibers and even after they floated to the top, but a majority of them quickly began to brown and become unusable. I'm now only left with two stems from both shipments and monitoring them closely. I believe this is on my part since there may not be as much nutrients in the gravel as I hoped due to my greedy sword plants. Still a beautiful plant overall, even if I didn't have that much luck with it. 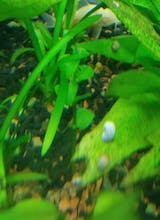 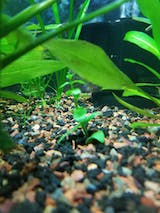 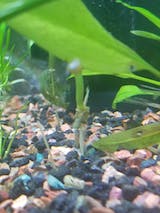 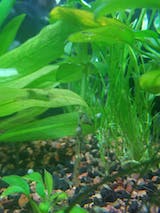 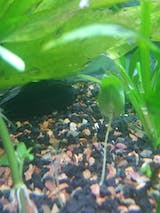 Came within 2 days with the new Aquarium Coop packing tape =)
Nicely packaged and no melt back so far. Plant cane in excellent condition. Grows quickly. Plant in left corner of the photos showing growth in 1 week! 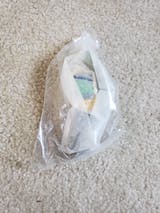 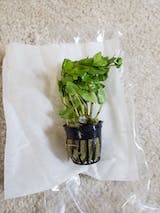 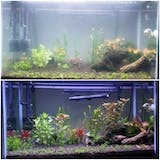 I am very impressed by the packaging and shipment of this and other plans from Coop. It is exactly what I expected and in excellent condition. Losing a few leaves now but I think it will recover. 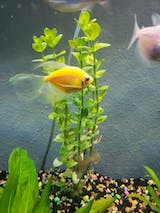 I'm not exactly sure if I have enough lighting for this plant to survive and thrive, but I liked it so much I thought I'd give it a shot. I tried to plant it in an open area so it can get as much direct light as possible. It was planted 3 days ago and has had a little bit of browning, but still looking pretty well I think. I hope my lighting is sufficient, I like this plant a lot. 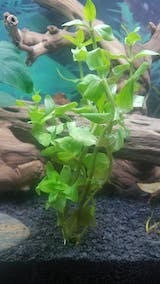 Came in green and health and even though its lost a few leaves has new growth coming in already and was large enough for me to split into 2 plants. 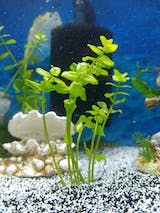 This is one of my favorite plants. Hearty, fast growing, and beautiful. I have them in three of my tanks. My 30 gallon guppy breeder has them growing horizontally across the surface like a serpentine vine. My 56 gallon as a centerpiece group and my new rank build. I can't wait to see what it will do there. As always, Aquarium Co-op ships quickly and they arrived in great shape even in the Snowpocalypse of 2019.

I
I.
Happy camper

Came in looking great, I choose to not cut it, and we’ll see how it does! First aquatic plant I’ve ever planted! 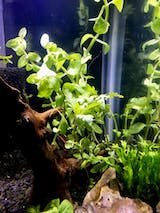 Arrived in great shape, I foolishly put it in my goldfish tank thinking that if there was enough duck weed to keep them busy it might have a fighting chance. So that lasted for three days until they finished off the duck weed and then ate most of the bacopa overnight.
10/10 appearance
11/10 presumed deliciousness

Will be buying again... for a different tank, lol.

(pic taken before it's tragic destruction) 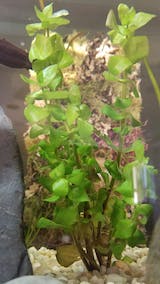 The photo posted does not do justice on how vibrant and green this plant actually is! I have just unpackaged and placed into my aquarium, very happy with my order.